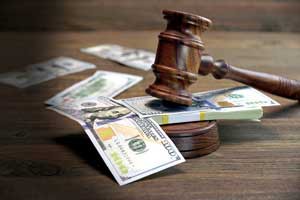 of an interim Payment Notice at Section 110, to allow payees in construction contracts to know what they were going to be paid. Under that Construction Act, the Notice was a toothless waste of time, as it had no real meaning if it was not actually issued. Because of this it did not get issued, and everyone ignored it.

The new Construction Act, the Local Democracy, Economic Development and Construction Act 2009, introduced a new Notice which now must be served and has teeth. If it is served, whatever amount shown on it might be what has to be paid. And not just the paying party can serve it; sometimes the payee, and the recipient waiting for payment, can serve it themselves. It is a bit like writing your own cheque.

This makes knowing your Payment Notices, what your contract says about them, how and when you serve them, absolutely critical stuff now.

The new Pay Less Notices regime, aided by a swelling series of decisions in the courts, now governs what gets paid under construction contracts.

The Pay Less type Notice is now the ‘be all and end all’ of what gets paid under a construction contract, and when. Serving it correctly, at the correct time, is now vital. If you are paying, you have to serve it; otherwise you might end up paying what the other person has applied for. If you are the payee, if you get one, you might only be getting paid what it says on it. If it is late, you might get what you applied for, with no deduction allowed.

Notice of payment, both Payment and Pay Less have become a minefield and with expert knowledge and experience of contracts and notices, CDR can advise and draft notices and the correspondence you need, to best protect your position, in what can be a very difficult area of the law.

How We Can Help