The JCT family of contracts are the most popular / widely used building contracts in the UK. They were developed by the construction industry for the industry, and have since been taken over by a legal publisher, who now produces a vast array of different contracts for a massive variety of different types of construction projects and working arrangements. 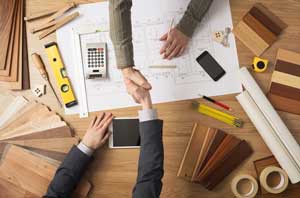 The days of there being a JCT standard form of contract known as an 80 for building contracts, a JCT 81 for design and build contacts, and a DOM/1 or DOM/2 subcontract are now long gone, so having a “JCT” can mean you have any one of about 100 different contracts and not necessarily a simple construction contract. So the first advice is to identify and know, and read the actual contract you are working under and have agreed.

JCT construction contracts and design build contracts aim to find a reasonable balance between the two parties and the professionals, but, depending on the project and the parties concerned, amendments are often made to standard forms, with some lawyers drafting amendments which are lengthier than the actual standard form in the first place.

On average, half of all disputes stem from something in the contract, usually a discrepancy, or a definition, a specification or a detail, or the lack of any of the foregoing. The other half stem from issues which arise over the progress of the works on the site.

How We Can Help